Awkward. No confidence…. That’s how I usually feel when I’m in public. I say awkward things, if I can say anything. My mouth gets ahead of my brain, my feet get away from my body, my tongue twists so that words come out wrong – so I cover it with a false bravado. Growing up, I was a gangly kid, and too awkward physically to play organized sports. I have often envied those people who can stand in front of others and sing, or speak, or play an instrument. How wonderful it must be to be at ease in a crowd!

Unlike me, JESUS was never awkward. He grew up knowing exactly Who He was and what His role in life on earth was to be. He was beloved and sought after by thousands of people. First, the shepherds from the hills of Bethlehem, a little later by the Magi – and Herod, who wanted to kill Jesus. When He began His ministry, people from all walks of life, from the outcasts of society to the religious leaders and even some high ranking Roman officals, sought Him out. They sought to learn from Him, and to be healed by Him. Can you imagine?

“The people recognized Jesus at once, and they ran throughout the whole area, carrying sick people on mats to wherever they heard He was. Wherever He went—in villages, cities, or the countryside—they brought the sick out to the marketplaces. They begged Him to let the sick touch at least the fringe of His robe, and all who touched Him were healed.” – Mark 6:54‭b-‬56 NLT

There is one occasion when I don’t feel awkward, and that is when I am privileged to stand and share my testimony of how Jesus saved me from the desperate, downward spiral I was in. He picked me up out of the ugliness, more than once saving my life both literally and spiritually. He can do the same for you. It may be awkward at first, because we are so ingrained that we can take care of ourselves. All I can do is ask, “And how is that working out for you?” (Not so good for me, until I let the LORD have control!) 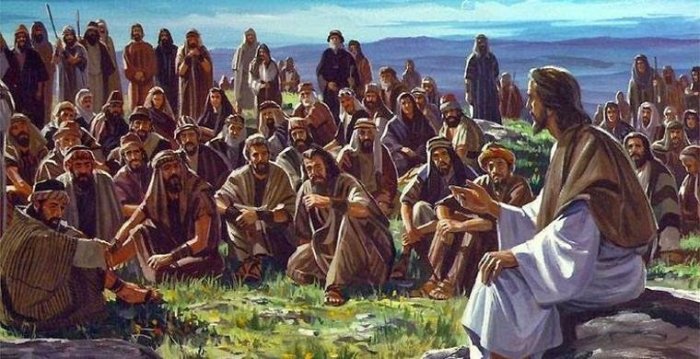