“Unless I am convinced by Scripture and plain reason – I do not accept the authority of the popes and councils, for they have contradicted each other – my conscience is captive to the Word of God. I cannot and I will not recant anything for to go against conscience is neither right nor safe. God help me. Amen.” Martin Luther at the Imperial Diet of Worms, 1521.

While researching the life and teachings of Martin Luther, I came across some information on Luther that appalled me. We all know that he was the man who broke from the Catholic church, effectively beginning the Reformation and the beginning of Protestantism. He emphasized that Christianity should be about Redemption and Grace rather than Indulgences and the absolution of sin by clerics. I have a solid respect for his early teachings, but I found that as he matured, he became very antisemitic vocally and in his writings. That stance of antisemitism is not one I take lightly. Since JESUS was born into the Jews, GOD’s Chosen People, how can we possibly justify being anti-Jewish? I say with confidence that we (i.e. Christians, followers of CHRIST JESUS) cannot. If our LORD chose to send disciples to the Jews and the Gentiles, how can we do otherwise?

HOWEVER; I choose his comment from the Diet of Worms as one that I can easily agree with. No man shall have dominion over my faith and my salvation save one: JESUS, the CHRIST, MESSIAH, SAVIOUR of the world. The Apostle Peter wrote:

” ….. for you, who are protected by the power of GOD through Faith for a Salvation ready to be revealed in the last time. In this you greatly rejoice, even though now for a little while, if necessary, you have been distressed by various trials, so that the proof of your faith, being more precious than gold which is perishable, even though tested by fire, may be found to result in praise and glory and honor at the revelation of Jesus Christ; – 1 Peter 1:4b-‬7 NASB

Today’s world is much like the world of the 1st century A.D. Persecution of Christians was rampant, and like today it was more verbal, mocking and maligning than it was physical torture or persecution – although I believe that that time is coming, soon. In the United States alone, 23% of all Americans, and 34-36% among Milleniums (born after 1980), identify as having no religious affiliation, according to The Scientific American. ( https://www.scientificamerican.com/article/the-number-of-americans-with-no-religious-affiliation-is-rising )

If you do any research on the number of churches or on church membership in the U.S., let me warn you that there is an abundance of contradictory information available. As CHRIST-followers, should we be concerned? Absolutely! We live in a society that could be labeled “post-Christian”; one that is increasingly resistant and hostile to those of us who stand on the teachings of JESUS. Liberal, socialist, homosexual, transgender, anyone who espouses the view that there many ways to heaven, and every person who rejects JESUS is readily acceptable to our politically correct society. Accept that anything and everything other than the belief that JESUS is the Way, the only way, to heaven, and the world will love you. Stand on the Gospels of JESUS CHRIST and the world will hate you.

There is no room for fundamentalist Christians today.

Many people reject these teachings as too radical, too narrow minded, and too fundamentalist to have any value. The idea that JESUS was simply a teacher like Mohammed or Buddha is easier for most to accept, alongside the assertion that the Creator GOD, the Trinity, the Triune GOD – Father, Son, Holy Spirit, are merely stories made up by human minds. I ask, what human mind could possibly think this up? I think that Christianity, true Christianity as accepting JESUS as LORD, is the only “religion” on earth where we do nothing to gain salvation because GOD does it all for us. In any other religion, we have to work for it, and follow the rules in order to find redemption – and even then it’s not a guarantee. Our pastor, Mark Hitchcock, put it like this: “Our part [in our salvation] is to run away from GOD. His part [GOD] is to run after us until we find Him. A god we can understand is not a god at all. We don’t have to understand, just believe.” For me, the Trinity has secured my Salvation. I don’t understand it and I can’t explain it, but I believe it. I know in my heart and my soul it is true, and I have Peace because I have accepted His Grace and Mercy. 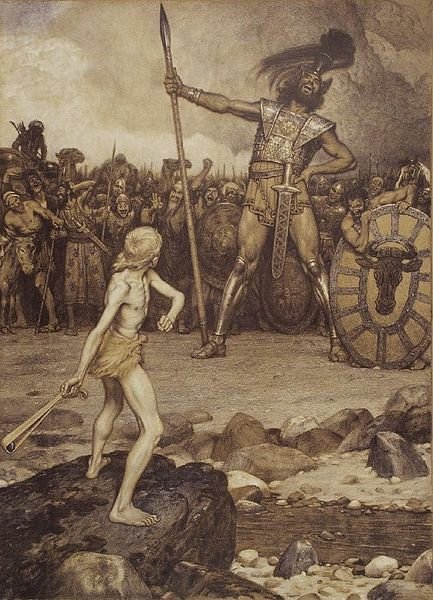