There was a country song by a country singer named Johnny Lee that was popular in the 1980’s, called “Lookin’ For Love In All The Wrong Places.” I called it my “theme song.” Failed marriages, failed relationships; I was determined that the ‘next‘ guy would be ‘the’ guy…. but it was me doing the choosing rather than GOD. I was in control! ( …..segue into uncontrollable laughter….. )

How was that working out for me? Not well! The fairy tales we grow up with, the dreams of being Cinderella or Snow White or Rapunzel; being rescued by the Prince and living “happily ever after…..” Where was that ‘reality’? The dream life I was determined to achieve was certainly having a difficult time coexisting in my brain with real life!

Well, Princess, let me assure you of this fact: Prince Charming doesn’t exist outside of fairy tales.

I was pretty bitter for years that all of my ‘prince’ choices were really frogs….. or snakes. None of my choices were working out for me, and I was mad about that. Why wouldn’t this Almighty GOD give me my Prince? It wasn’t fair. (Sound like a temper tantrum? That’s probably because it was, and I kept it up for a long time!) I thought that God should take my (bad) choices and reform them into the Prince I figured I deserved, but He doesn’t work that way. I won’t say He would never take a bad choice we make and turn it for His good, because He does, in fact, do just that over and over in our lives – when it fits His Will. In my case, He did give me a number of years with a perfectly imperfect “prince.” We were far from being a perfect couple, but we did put GOD first in our lives for a time, and those years were good. When he fell into illness and turned to the escape offered by pain meds, our life together fell apart. We both turned away from the God Who allowed it to happen. I began my search again, thinking that I could do better…..

That attitude doesn’t get us real, true love!

It took several years before GOD got my attention, and I could see Him working in my life. Every single person, no matter what your earthly relationship status, can know without a doubt that The Prince of their life is waiting patiently for us to take His Hand. Single, married, divorced, widowed, mired in an abusive relationship, whatever your situation; there’s no question of whether He loves you or not, because it always ends with “He Loves me!” Knowing that, holding on to that fact, is the one thing every person alive needs to hold on to. Regardless of anything else around you, know this: 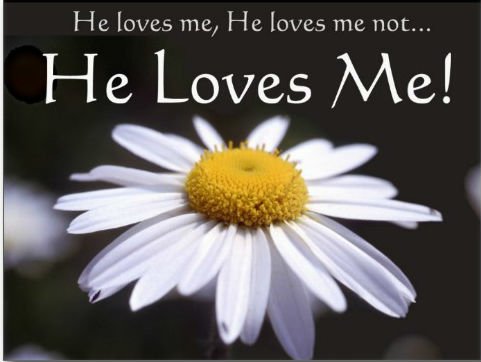 “This is how we know what Love is: JESUS CHRIST laid down His life for us. And we ought to lay down our lives for our brothers and sisters. Dear children, let us not love with words or speech but with actions and in truth. And this is His command: to believe in the Name of His Son, JESUS CHRIST, and to love one another as He commanded us.” – 1 John 3:16‭, ‬18‭-‬18‭, ‬23 NIV

The real Prince has a name; the Name above all names, the Name is JESUS CHRIST, SON of the MOST HIGH, the LIVING GOD, MESSIAH, HOPE if the world! Is He your Prince?