This is of first importance. Aside from this, does anything else in this world really matter? Do you believe that Jesus Christ is the Son of GOD; that He was born of a virgin and lived as a human so that He could be hung on the cross, the ultimate and final sacrifice for our/your sins? Do you believe that He came out of the grave on the third day, triumphant over death? If you do, congratulations!!! By believing this, we get to spend the rest of our lives and forever more with our Saviour! Can it be so simple? Hallelujah; yes!

For those who don’t believe ……. Why? What is keeping you from believing? Is it that Jesus can be God and man in one person, Son of the Creator of the Universe and a young, human, woman? Is it the idea of the virgin birth, or is it the idea of a Creator, rather than the “science” of the Big Bang Theory*? (*I challenge you to look up the definition of the word theory. It’s a hypothesis, a speculation; i.e. a guess, “without any assumption of truth.”) I’m not a scientist, nor do I claim to be a great intellect; however, I can (and do) read voraciously. If you need scientific proof of a greater power and a created universe, there is plenty of compeling evidence to be found. I won’t argue between a 24-hour 6 day creation and a “big bang” because we don’t know. I will say this: I believe both!

“In the beginning God created the heavens and the earth.” – GENESIS 1:1 NASB

Were you there? He created the heavens and the earth out of nothing….. the atoms colliding had to come from somewhere, and, BANG, there it was! But, moving on to Jesus….. If God could create the heavens and the earth from nothing, why couldn’t He have His Son born to a virgin in order to save His people (that would be us, the human race) from our bad decisions? Giving us free will when He created us was His decision, because He wants us to choose to love Him and have a relationship with Him, just as we choose the humans we have relationships with.

Are you just not sure that Jesus really rose from the grave? Do you want to, can you, refute the testimony of hundreds of first-hand accounts, eyewitnesses to His resurrection?

Still have doubts? I promise you that those doubts come straight from our enemy, the Father of Lies, who wants nothing more than to have you reject the Gospel. The enemy wants us to question the Bible, and especially to question the New Testament and its eyewitness accounts of the life of Jesus Christ. If he, the enemy, can get you to doubt and to question, he wins. The enemy knows that without Jesus, His sacrifice and resurrection, we have nothing. We know that with Jesus, with His sacrifice, we have everything.

Choose wisely. Remember what is of First Importance. 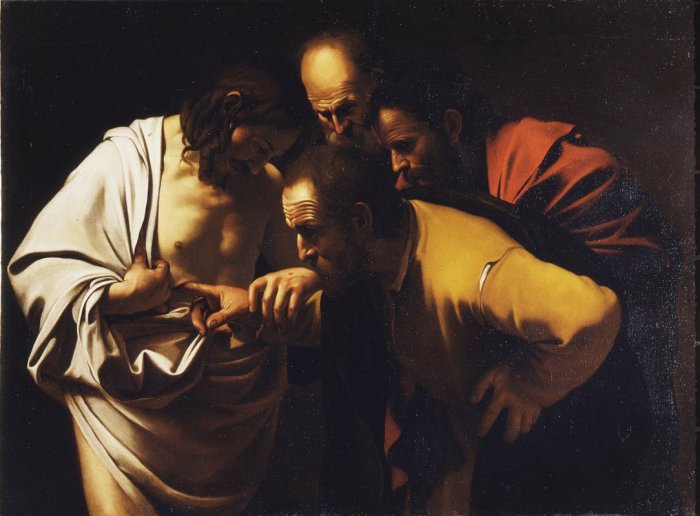